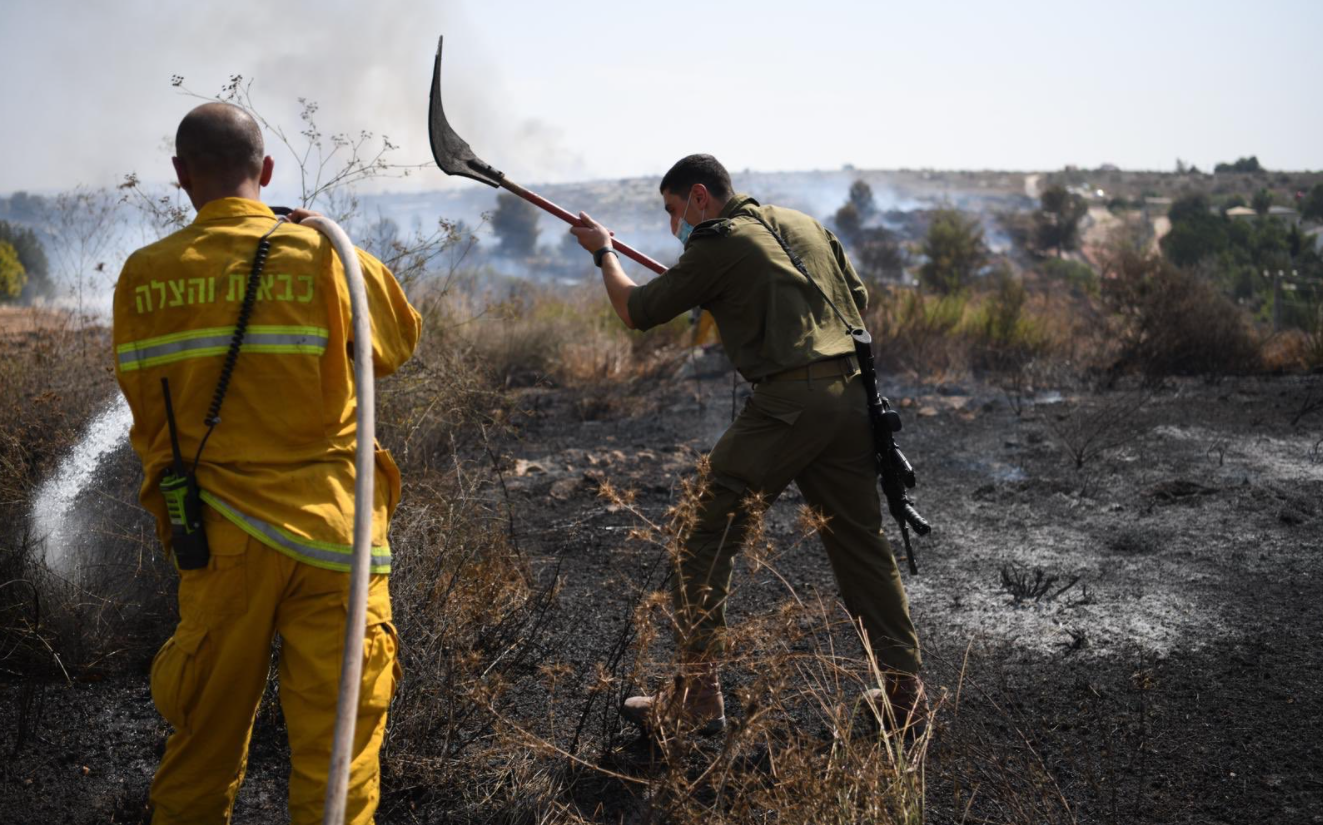 Firefighters are currently battling fires near residential areas and major highways across the country amid an intense heat wave, the Times of Israel writes.

Large flames near six communities have forced thousands of residents to be evacuated. Highway 6 has also been closed. Two people have been slightly injured by smoke poisoning.

According to local police, a fire at the settlement Kfar Oranim in the West Bank led to all residents having to be evacuated. Kfar Oranim is close to the town of Modiin, where some homes are also on fire – no reports of injuries.

– About 25 teams are on site, including volunteers and firefighters who also help put out the flames, police said.

Several roads in the area are closed, including the Route 443 motorway, which connects Tel Aviv with Jerusalem – in an easterly direction.

Another major fire was reported near Umm al-Qutuf, east of Hadera. About 13 firefighters were on site working to put out the flames. Residents were evacuated from the Arab village and from nearby Kafr Qara and Ar’ara.

There are also reports of two fires near the northern community of Nof Hagalil, where some residents were asked to leave their homes. Seven firefighting teams are battling to put out the fire. Two people were more easily injured by smoke and were treated by paramedics. Several homes have also been damaged.

Another fire was reported in the afternoon near the settlements of Mevo Dotan and Maoz Zvi, leading to the evacuation of residents

A fire near Bet Hefer east of Netanya led to the evacuation of residents and part of Route 6 has been closed.

According to the Israeli Army (IDF), soldiers have been sent out to help with the firefighting work.