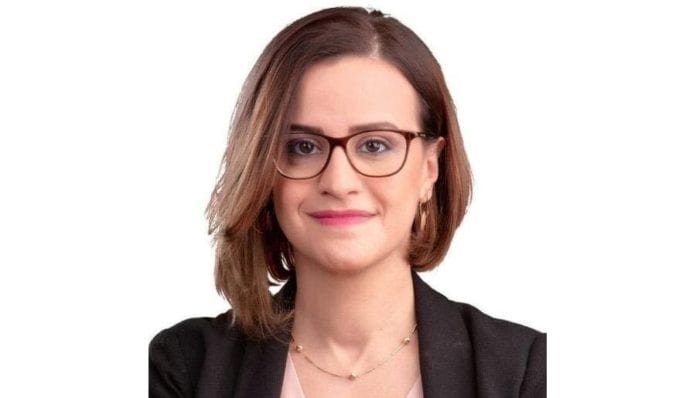 Heba Yazbak is a candidate in the Arab Party’s Joint List in the forthcoming Knesset elections in Israel on March 2. In January, she was refused to run for the Central Election Commission, but on Sunday, February 9, that decision was overturned by the Israeli Supreme Court. By 5 to 4 votes, the Supreme Court ruled that Yazbak could be a candidate, writes Ynetnews.com.

In 2015, Yazbak posted a photo on Facebook of the terrorist Samir Kuntar who carried out a terrorist attack in Nahariya in 1979. Among other things, Kuntar smashed the skull of a four-year-old girl in the attack. Yazbak called him a “martyr.”

In 2013, Yazbak published a picture of the terrorist Dalal Muhgrabi who carried out the most deadly terrorist attack on the state of Israel in 1978. 38 civilians were killed, including 13 children. “Blessed be the resistance woman,” Yazbak wrote according to Ynetnews.com.

Yazbak has also been criticized for making statements that could be interpreted as supporting violence against Israeli soldiers, writes the Times of Israel.

The majority in the Supreme Court found the statements made by Yazbak too inappropriate, but believes that there were not enough statements to disqualify Yazbak as a candidate for the Knesset. They also pointed out that some time has passed since Yazbak’s most controversial statement.

In her defense, Yazbak has argued that her sharing of images and texts “was not intended to express support for their actions”. “Today I would have expressed myself differently,” Yazbak wrote in a January article.

Israeli electoral law prohibits politicians who support the armed struggle against Israel or who incite racism from running as candidates for the Knesset.

Politicians on Israel’s right wing are very critical of the Supreme Court’s decision. Also, Benny Gantz, leader of the Center Party Kahol Lavan, believes Yazbak should be disqualified, but adds that they will “respect the court’s decision.”