The war of words is an effective weapon aimed at Israel 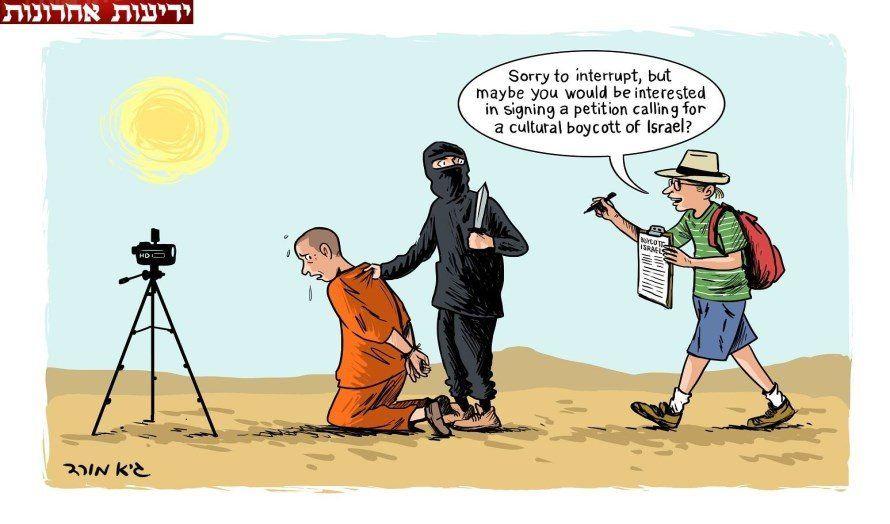 Dr. Manfred Gerstenfeld is a Senior Research Assistant at The Begin-Saddat Center for Strategic Studies (BESA Center). Gerstenfeld is former chairman of the steering committee of the Jerusalem Center for Public Affairs and has authored the book The War of a Million Cuts . In 2019, Gerstenfeld received the International Lion of Judah Award from the Canadian Institute for Jewish Research, which has honored him as a leading international authority in modern anti-Semitism. Here is Gerstenfeld’s analysis of why it is so important to combat anti-Israel utterances.

Changing Israeli governments have not had a political focus on systematic combat on all fronts and attacks to which they are exposed. Prime ministers and ministers apparently do not understand what every newly hatched strategist understands: the fight against the Israeli state involves many different weapons and tools, and Israel must fight them all equally effectively, Gerstenfeld writes.

No one can ignore open warfare and terror, and Israeli governments have focused on the physical threat of war against the country. The Israeli Army (IDF) and the intelligence services are doing well. A few years ago, the Israeli government realized that the cyber war was also dangerous and therefore set up an intelligence service to deal with the threat.

The fight against BDS
On other fronts, Israel’s fight has been less effective and often non-existent. Israel’s fight against the boycott movements has been largely non-existent (the BDS movements want the world to boycott Israel – for example commercially, culturally, research-wise and more – read MIIF’s articles on BDS here). Arab boycott of Israel has existed for decades. Israel tried to circumvent the boycott in many ways – some of them were more successful than others. Read MIFF’s articles on this.

At the beginning of the 21st century, another form of boycott emerged – BDS. BDS started in the university world with an open letter in the British newspaper The Guardian on April 6, 2002, signed by more than 100 academics. In the letter, academics called for an end to all cultural and research ties with Israel in Britain and Europe until the Israeli government complied with UN resolutions and entered into “serious peace talks with the Palestinians in accordance with the lines proposed in many peace plans, including that sponsored by the Saudis.” and the Arab League. ” The open letter was followed by similar actions against Israel. Israel’s friends protested, the Israeli government did little for many years, Gerstenfeld writes.

Unfortunately, the Nazis were masters at using language to achieve their goals
Israel has largely ignored the massive international war of words against it, Gerstenfeld writes. Some countries are masters of war with words – Nazi Germany was unfortunately masters of that war. The Nazis almost invented a whole new language to describe their crimes against humanity. For example, they invented many synonyms for their genocide of the Jewish people.

Unfortunately, the Soviet Union was also at the top …
Unfortunately, the former Soviet Union is also at the top when it comes to effective war of words. Before they started promoting the term “anti-Zionism”, the term did not exist in the dictionaries. Several thousand years earlier – in the first book, the Bible (Old Testament), the language problem was already a clear problem. G_d destroyed the common language of those who built the Tower of Babel and thus a great communicative confusion arose.

George Orwell understood how crucial a role language plays. In his book 1984 from 1949, he invented Newspeak which was characterized by the possibility of changing the meaning of the word. It replaced traditional English. The expressions are often quoted: “freedom is slavery, ignorance is strength” and very relevant to the Palestinians “war is peace.”

The Israeli left and even some mainstream Israelis have often promoted the fundamentally misconception of “land for peace.” The assessment of how much the Palestinians have to gain by peace was completely misunderstood. The term has now been partially replaced by “peace for peace.”

The Israeli government reacts from time to time – but far from always when prominent figures accuse Israel of being an “apartheid state” – read MIFF’s articles on the apartheid accusation against Israel here. Germany’s former Socialist Foreign Minister Sigmar Gabriel, for example, used the term and subsequently apologized for it.

The accusation that Israel “occupies” the West Bank and the myth of a Palestinian state
One of the most commonly used accusations against Israel is that they “occupy” the West Bank – this despite the fact that Israel can at most be called an occupier of part of the Golan Heights which formerly belonged to Syria. The West Bank was in Jordan’s hands and their sovereignty over the West Bank was only recognized by Britain and Pakistan. A Palestinian state has NEVER existed – therefore it cannot be occupied. Read MIFF’s articles about the West Bank here. Also read MIFF’s article “The myth of annexation” – here Natasha Hausdorff who is a lawyer and has expertise in the field reviews the most important legal reasons why Israel does not “occupy” the West Bank.

Two-state solution
A “two-state solution” is another deeply embedded term. It is difficult to deal with because US President Barack Obama put a lot of pressure on Prime Minister Benjamin Netanyahu to accept the concept. Netanyahu made this clear in his speech in 2009: “If we get a guarantee of demilitarization and the security of Israel, and if the Palestinians recognize Israel as a state for the Jewish people, we will be ready in a future peace agreement to reach a solution. , where a demilitarized Palestinian state exists alongside the Jewish state. ” A Palestinian state had already been accepted earlier by Israeli Prime Ministers Ehud Barak and Ehud Olmert in their peace proposal to the Palestinians. Read MIFF’s article on why the Palestinians have said no to their own state since 1937.

Jordan
Israeli officials hardly mention that there are already two states in the former country in the mandate Palestine: the Palestinian state of Jordan, which occupies 75% of the territory, and Israel. Another Palestinian state – provided the terrorist group Hamas and Fatah can agree on it – in the West Bank and Gaza would become a third state. The Trump plan that Israel has accepted is also based on the next Palestinian state next to Israel. Read MIFF’s articles on the Trump plan here.

Semantics aimed at Jews and Israel – a dangerous tool
Several authors have focused on the dangerous use of semantics against Jews and Israel. The French linguist Georges-Elia Sarfati has done a great job in the field. He has made a detailed analysis of the phenomenon. Sarfati points out that discourse is formulated on the basis of the ideological attitude of those who engage in it. Sarfati: – Instead of the words being neutral, they serve to introduce a certain vision of the issue they are dealing with. For a definition of what discourse is – see here. Read more about what semantics is here.

PA’s Abuse of International Aid to Tribute Terror
The term “two-state solution” is so deeply rooted in the West that it will require enormous efforts to change it. Otherwise, it is not difficult to argue against a two-state solution – why should we upgrade the Palestinian criminal unit, whose leaders cultivate a cult of death, glorify terror and murder, reward convicted terrorists with many lives on conscience with a high monthly income funded by EU and Denmark’s taxpayers, not to mention Palestinian school curriculum where Palestinian schoolchildren are trained to become suicide bombers so they can take the lives of others with them in death. Read MIFF’s articles on how Danish aid to the Palestinians is being misused by the Palestinian Authority (PA) to pay salaries to convicted terrorists with Israeli lives on their conscience. Read MIFF’s articles on how PA abuses Danish aid to prepare jihad textbooks where Palestinian schoolchildren are encouraged to sacrifice, among other things.their lives for jihad against Israel.

Specifically for the Palestinians, the UN extended the definition to include descendants of refugees. It has undermined the meaning of the word and exacerbated the situation. Almost no Palestinian “refugees” are true refugees according to the original definition. They have not fled Israel, their parents, grandparents or great-grandparents may have fled and are genuine refugees. Yet the issue is not being debated by international journalists, nor do they use the term “fake UN refugees” in their articles.

Israelis are mistakenly called “colonists”
Another misuse of the language is to call Israelis “colonists”. The word is used exclusively about people who have gone to another country – often several thousand kilometers from their home country. The 1967 lines that separated Israel from the Palestinian territories were ceasefire lines – yet they are often mistakenly called “borders”.

The Dangers of Anti-Semitic Discourse
There are also many examples of language abuse in anti-Semitic discourse. The French government often spoke of “tensions between societies”, suggesting that two societies – the Muslim and the Jewish societies were aggressive towards each other. In fact, there was a one-sided aggression and hatred directed at the Jewish community originating in parts of the Muslim community.

The Palestinian cult of death must be done away with. If that happens, it is conceivable that the Palestinians will try to arrange a peace conference to address specific issues such as final borders, the status of the Temple Mount, the demilitarization of a Palestinian state and more. Read MIFF’s articles on the upcoming US presidential election here.

It is unlikely that the Palestinians will address the crucial question: how will the Palestinians get rid of the cult of death that permeates their society and pays homage to murder, terror and death.

Israel should put that issue at the top of the international agenda. If a Palestinian state is established without an effective showdown with the death cult, it will simply be an upgrade of a criminal entity into a criminal state.