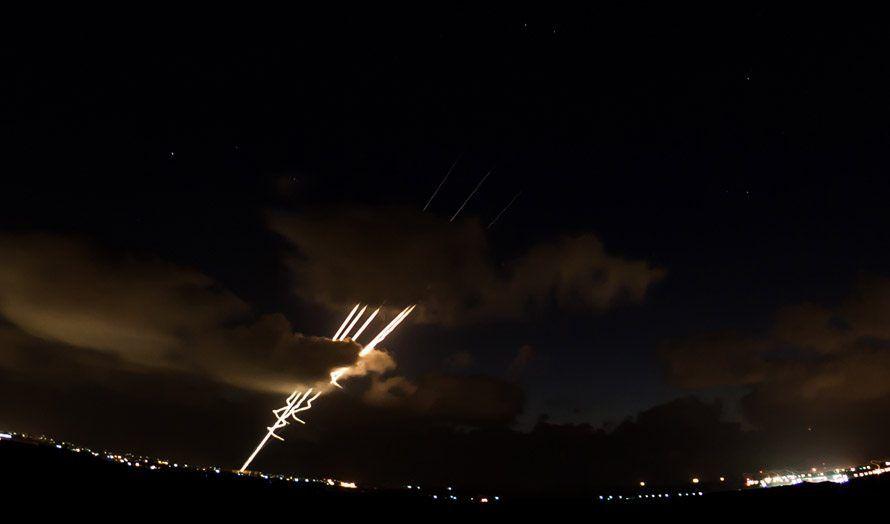 “We hold Hamas accountable for all terrorist activity coming from the Gaza Strip,” the Israeli Defense Forces (IDF) said in a statement on Friday morning.

A total of 12 rockets have been fired from the Gaza Strip against Israel since Thursday night. Six of the rockets were fired by the Iron Dome rocket defense.

A home in the town of Sderot was seriously damaged during one of the rocket attacks. Pictures and video clips shared on social media show that the kitchen in the house is totally destroyed, with broken windows and large holes in the walls and roof.


– We did not hear the siren and suddenly there was a loud explosion. We ran out of bed and into the shelter. When we got out we saw that everything was ruined. The whole kitchen has been blown up and the Shabbat dinner has been destroyed, says homeowner Shlomo Malka.

The Israeli defense has bombed several Hamas military targets. They have also bombed a cement plant, which was used to produce underground terrorist tunnels, in addition to areas where rockets are produced. No injuries were reported.


According to Ambulance Service Magen David Adom (MDA), three people have been treated for shock injuries during the night’s attacks. In addition, a woman was slightly injured as she ran into the shelter.