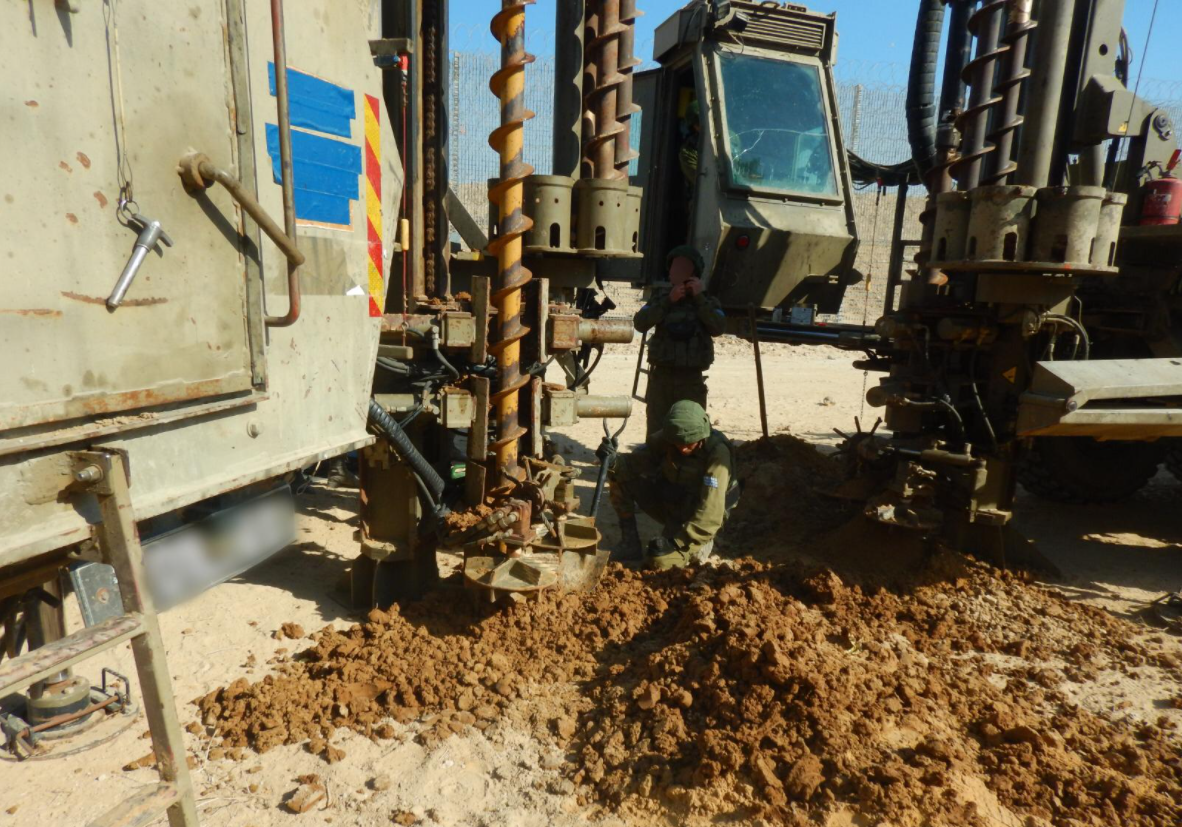 The Israeli army (IDF) announced on October 20 that it has uncovered an attack tunnel in the Gaza Strip that ran into Israeli territory, the Times of Israel newspaper writes – click to see video clips of attack tunnel coverage.

– The tunnel was located as part of the IDF’s efforts to find and neutralize attack tunnels – we uncovered the attack tunnel thanks to technological and [intelligence] collection of information via sensors in the security barrier, the IDF stated in a statement.

IDF spokesman Hidai Zilberman told reporters in a briefing that the IDF will destroy the tunnel. Israeli Channel 12 (N-12) reported that the IDF has already sent forces into the Gaza Strip to destroy the attack tunnel.

According to the IDF, the terrorists did not manage to penetrate Israeli territory through Israel’s new underground security barrier and therefore the attack tunnel did not pose a threat to nearby Israeli communities.

– The IDF is determined to defend Israel’s sovereignty and the security of Israel, and will continue to act against terrorism – both above and below ground in any area wherever necessary, the IDF states.

According to military sources, the tunnel was discovered by sensors in the new underground security barrier that Israel has built around the Hamas-controlled Gaza Strip. The security barrier has proven to be a great success. Work on the safety barrier has been going on for about four years, and about 60 km of the barrier of a total of 65 km is now complete.

Work on the security barrier was prioritized after Operation Protective Edge in 2014, in which the IDF destroyed about 30 attack tunnels that penetrated Israel – the main purpose of the operation’s ground offensive was the elimination of attack tunnels.

Secretary of Defense Benny Gantz said: – Even on days when there seems to be silence in southern Israel, terrorist groups continue underground, their plans to attack Israeli citizens and Israel’s sovereignty. The discovery of the attack tunnel is proof of the IDF’s intelligence and technological capabilities, which will continue to act against threats and undermine terrorist groups at the time and place we find right.

The discovery of the attack tunnel comes at a time of rising tensions and threats from the Palestinian terrorist group Islamic Jihad and other terrorist groups in the Gaza Strip who will take revenge if the starving Palestinian security prisoner dies in Israeli custody. Maher al-Akhras has been on hunger strike for 86 days, suspected by Israel of being a Palestinian Islamic Jihad operator.

On Friday night, at least one rocket was fired at southern Israel from the Gaza Strip and hit an open area – fortunately the rocket did not cause human or material damage. The IDF did not retaliate against the rocket attack immediately, but a defense official stated that the attack would be retaliated against. It was the first rocket attack since October 5 – Israeli planes subsequently attacked one of the terrorist group Hamas’ military installations in the Gaza Strip. Since Israel withdrew completely from the Gaza Strip in 2005 and the terrorist group Hamas took control of the strip in 2007, thousands of rockets have been fired at southern Israel. The attacks are often not mentioned in the Danish media. Read MIFF’s articles on the rocket attacks on Israel here.

On September 15, Israel was attacked by 15 rocket attacks from the Gaza Strip. One of the rockets hit the city of Ashdod and injured two people – one seriously, read MIFF’s article about the attack here. Most rockets were intercepted by the Iron Dome rocket defense system. On the same day, Israel signed the Abrahamic Agreements with the Emirates and Bahrain in Washington – read MIFF’s articles on the Abrahamic Agreements here.

Last week, Israeli Channel 12 (N-12) reported that Israel and Hamas had entered into another ceasefire mediated by Qatar, the ceasefire will ensure calm in the area for six months. As part of the agreement, Qatar will transfer 100 million. dollars to Hamas in an agreement coordinated with Doha by Mossad chief Yossi Cohen along with the Coordinator of Government Activities in the Territories (COGAT), according to the report. Read MIFF’s article; Ronen Itsik: – Trump’s plan could change Hamas equation

Mohammad al-Emadi, Qatar’s envoy to Gaza, has regularly visited Gaza in recent years with Israeli approval and brought funds to the Gaza Strip to buy fuel, pay salaries to officials and help the poor in Gaza. The latest round of funds was set to expire within a few weeks, Channel 12 reported.